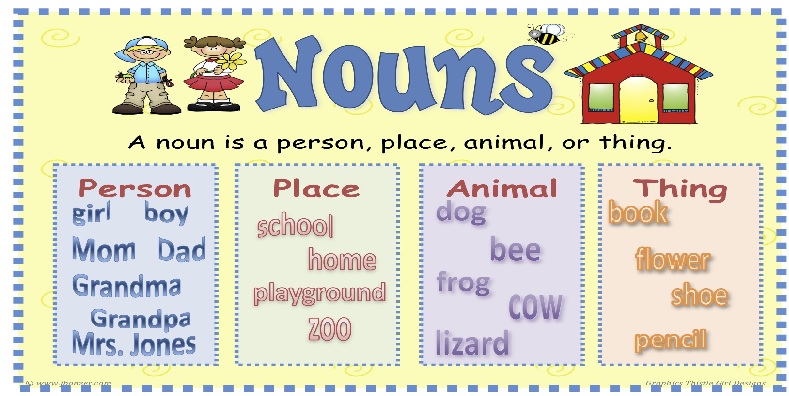 The definition of a noun is as follows:

Nouns are the words or word groups which are used in the identification of any class of people, things, place or an idea. Nicola Tesla, Chennai, Ring, Table, Gujarat, Shah Rukh Khan, Chris Hemsworth, Delhi, Narendra Modi all are examples of noun. 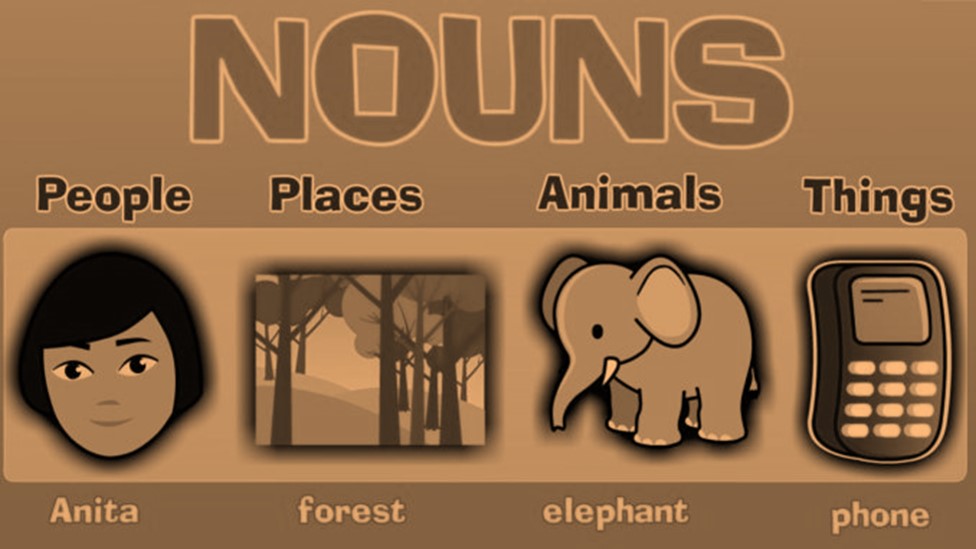 For simplicity, nouns are classified into two types that is common noun and proper noun, but the actual classification of nouns includes its six types. 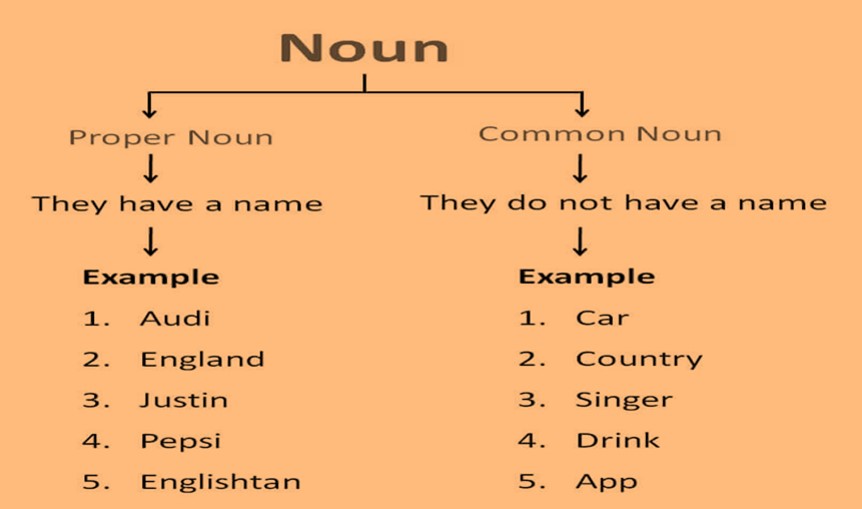 When students reach higher classes then, they are taught that the nouns are of four types namely common noun, proper noun, abstract noun and collective noun. 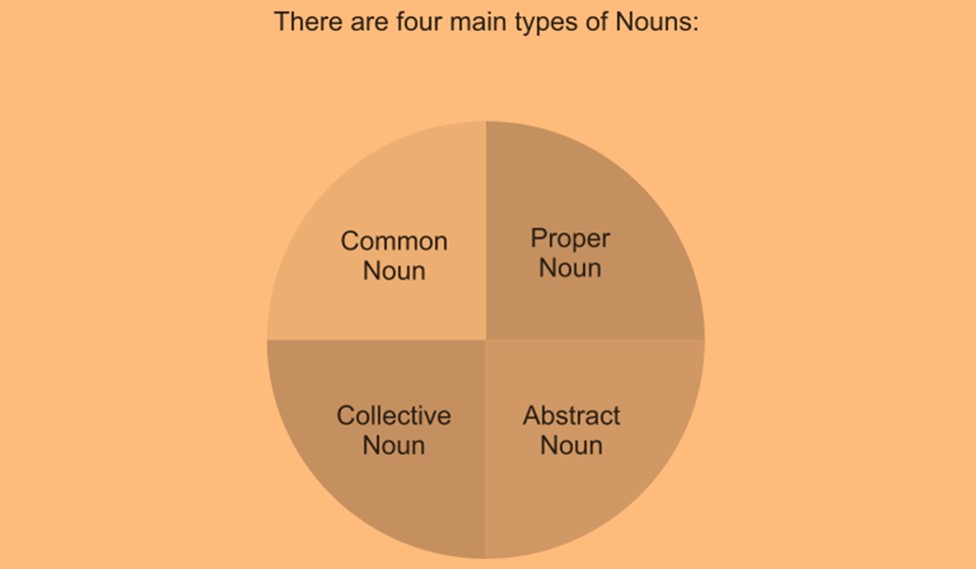 Now, we will know about all these nouns one by one. 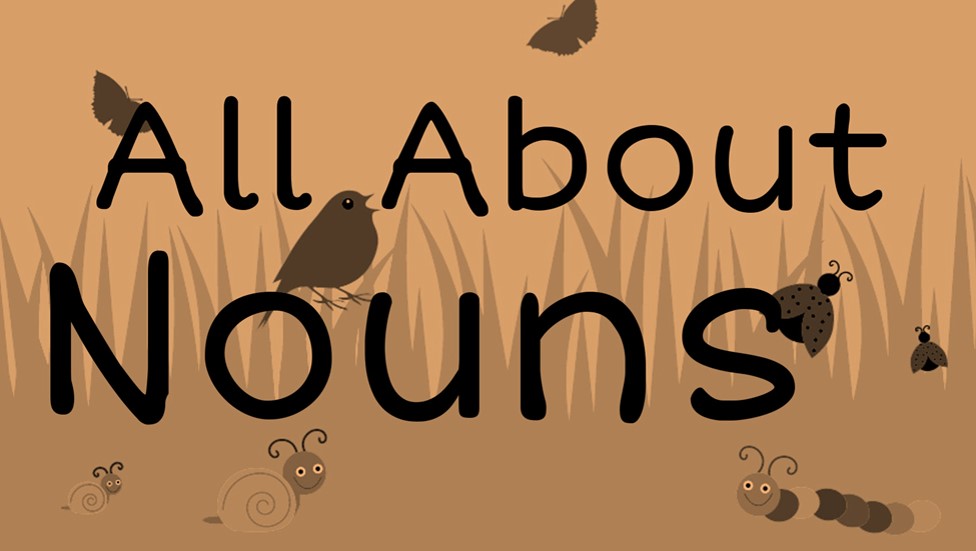 A common noun is defined as the names which are given to an object, person or to any place.

Proper nouns are quite specific and are used to indicate the particular person, place, thing or an object.

When two or more words combine to form a noun, they are called as compound Noun. They are written in one word, separated words and hyphenated words. The examples for the same are as follows:

The word collective itself indicates collection, so when we talk of a collection of things or a group of people we are basically referring to the Collective noun.

A concrete noun is one of the easiest nouns. These are the nouns which one can physically see or touch. Every day you come across thousands of concrete noun.

If you will try to look around in your surrounding then you will find wall hangings, clothes, windows which are all the examples of the concrete nouns. It also includes some rare terms such as fossils, toothpicks etc.

The word abstract means something which exists in thought or an idea but has no existence in reality. So, an abstract noun that is they cannot be seen or touched.

Wisdom, honesty, faith, time, truth, danger all are the examples of abstract nouns.

Now try to identify the nouns in the following sentences:

In the first sentence, Siddharth is a proper noun and boy is a common noun.

In the second sentence, Taj Mahal and Indian are proper noun, while monument is the common noun.

In the third sentence Wisdom and strength, both are abstract nouns.

In the fourth sentence pack of cards is a collective noun and the table is a common noun.

(i) Nouns are defined as words or group of words used to identify people, things, place or an idea.

(ii) Common nouns names which are given to an object, person or to any place.

(iii) Proper nouns are used to indicate the particular person, place, thing or any object.

(iv)Abstract nouns refers to the ideas, conditions and the quality which have no physical existence

(v) Collective nouns talk of collection of things or a group of people.

(vi)Concrete nouns are those which one can physically see or touch.

(vii) Compound Noun are formed by the combination of two or more words.

So, this was all the basics of nouns. Hope this makes your concepts clearer!