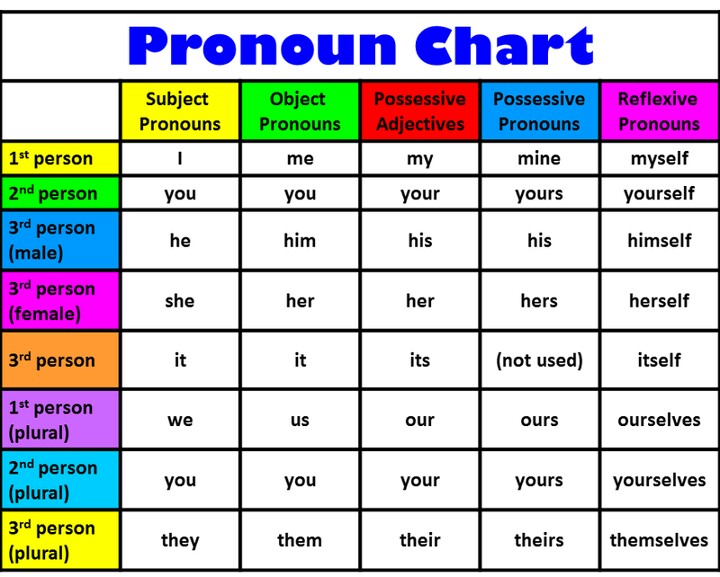 A pronoun is a word that replaces a noun in a sentence. Pronouns are used so that our language is not cumbersome with the same nouns being repeated over and over in a paragraph.

Pronouns can be divided into numerous categories including: 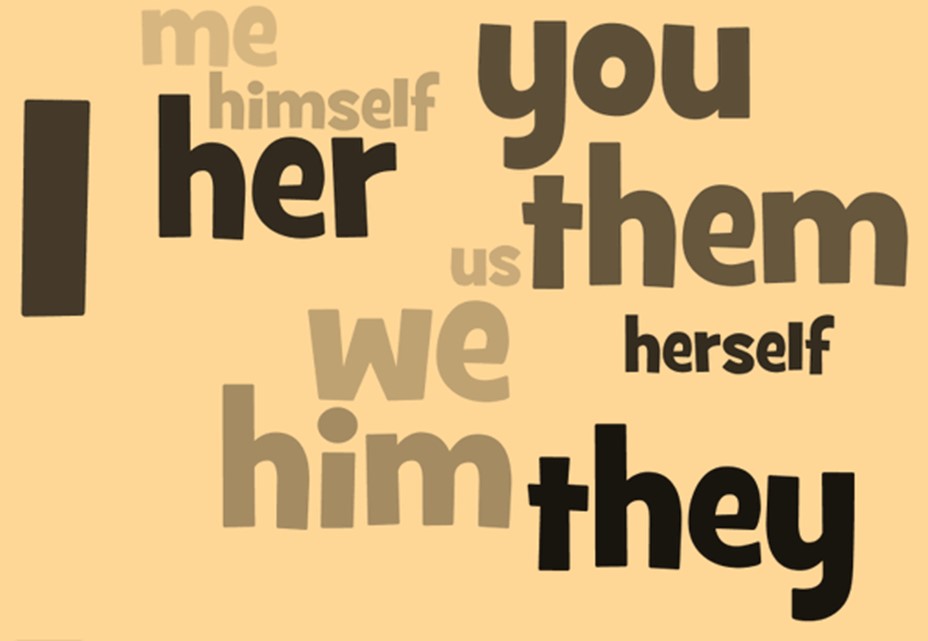 There are a few important rules for using pronouns. As you read through these rules and the examples in the next section, notice how the pronoun rules are followed. Soon you’ll see that pronouns are easy to work with. 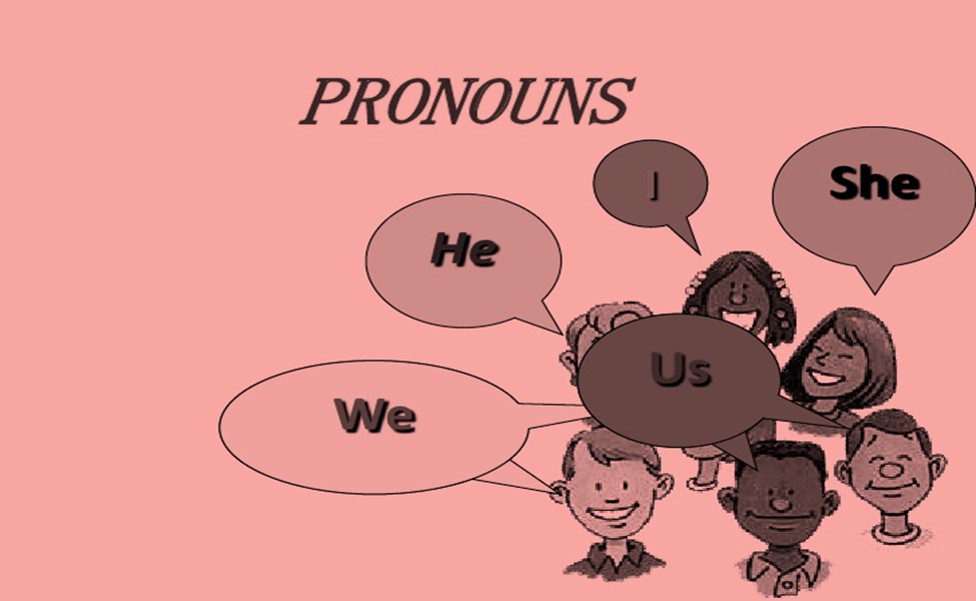 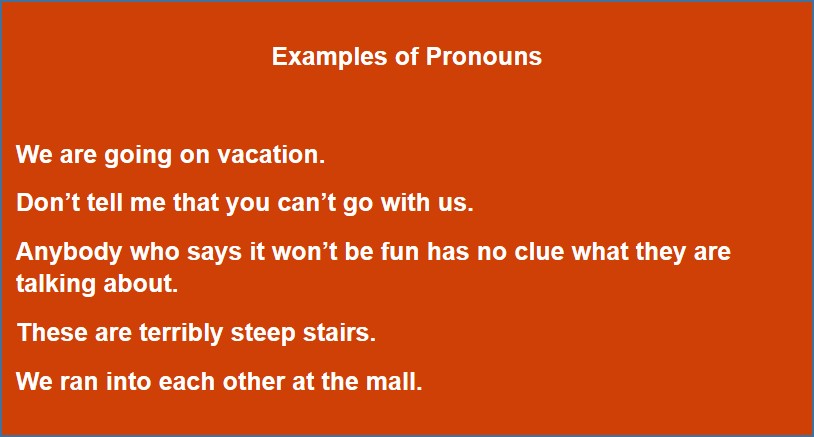 A pronoun is used in place of a noun that has already been mentioned or that is already known, often to avoid repeating the noun. For example, Kate was tired so she went to bed.

Michael took the children with him.

Kieran’s face was close to mine.

That is a good idea.

A noun is a word that identifies a person (name), animal, place, thing, or idea.

There are several different types of noun, as follows:

A common noun is a noun that refers to people or things in general, e.g. boy, country, bridge, city, birth, day, happiness.

A concrete noun is a noun which refers to people and to things that exist physically and can be seen, touched, smelled, heard or tasted. Examples include dog, building, coffee, tree, rain, beach, tune.

An abstract noun is a noun which refers to ideas, qualities, and conditions - things that cannot be seen or touched and things which have no physical reality, e.g. truth, danger, happiness, time, friendship, humor.

Collective nouns refer to groups of people or things, e.g. audience, family, government, team, jury. In American English, most collective nouns are treated as singular, with a singular verb:

The whole family was at the table.

In British English, the preceding sentence would be correct, but it would also be correct to treat the collective noun as a plural, with a plural verb:

A noun may belong to more than one category. For example, happiness is both a common noun and an abstract noun, while Mount Everest is both a concrete noun and a proper noun. 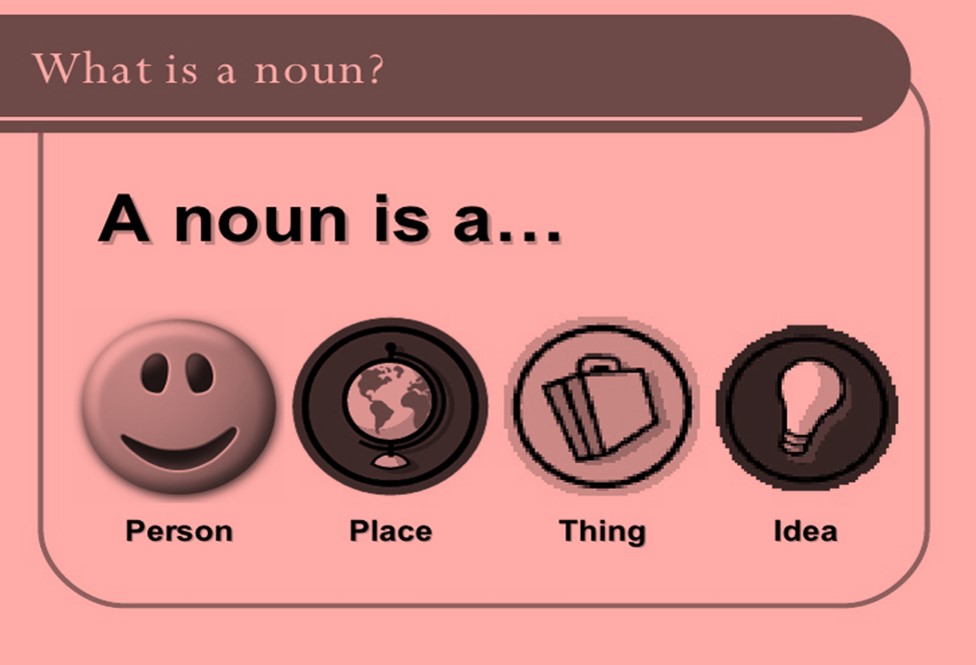 Quiz for Nouns and Pronouns 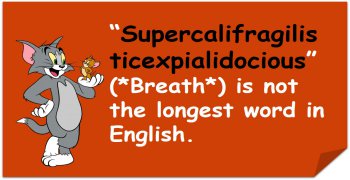