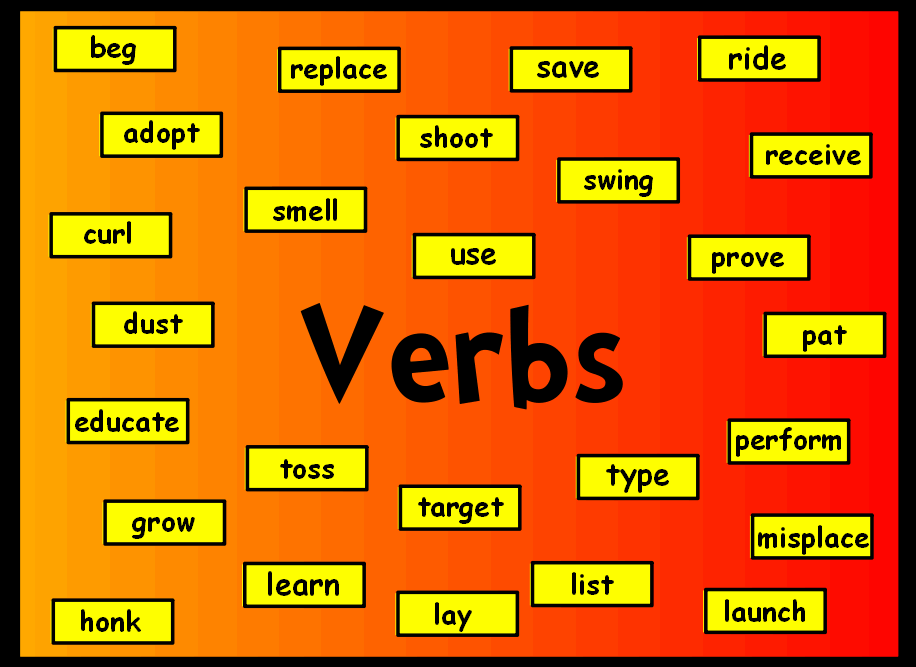 a situation – be, seem, have

The basic form of a verb is known as the infinitive. It’s often preceded by the word ‘to’:

He began to run back.

a word that characteristically is the grammatical center of a predicate and expresses an act, occurrence, or mode of being, that in various languages is inflected for agreement with the subject, for tense, for voice, for mood, or for aspect, and that typically has rather full descriptive meaning and characterizing quality but is sometimes nearly devoid of these especially when used as an auxiliary or linking verb.

Main verbs have meanings related to actions, events and states. Most verbs in English are main verbs:

We went home straight after the show.

It snowed a lot that winter. 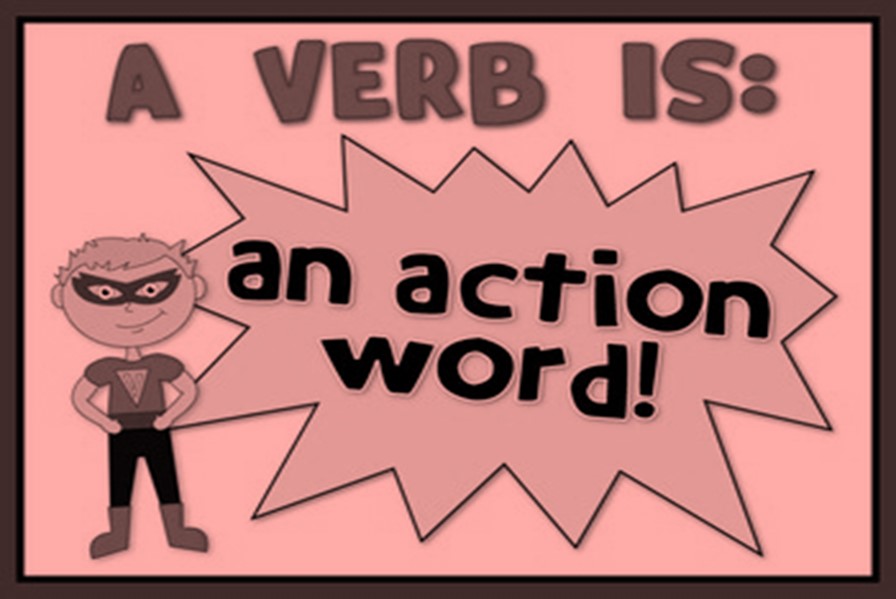 A face appeared at the window.

He’s a cousin of mine.

She remained outside while her sister went to the hospital.

Transitive Verbs: A transitive verb always has a noun that receives the action of the verb, called the direct object. EXAMPLE: Larissa raises her hand. The verb is raised. Her hand is the object receiving the verb’s action. Therefore, raises is a transitive verb.

Intransitive Verbs: An intransitive verb never has a direct or indirect object. Although an intransitive verb may be followed by an adverb or adverbial phrase, there is no object to receive its action. EXAMPLE: Larissa rises slowly from her seat. The verb is rising.

Helping Verbs: Helping verbs are used before action or linking verbs to convey additional information regarding aspects of possibility (can, could, etc.) or time (was, did, has, etc)

Adverbs are one of the four major word classes, along with nouns, verbs and adjectives. Adverbs are used to add more information about a verb, an adjective, another adverb, a clause or a whole sentence and, less commonly, about a noun phrase.

Adverbs have many different meanings and functions. They are especially important for indicating the time, manner, place, degree and frequency of something. An adverb is a word that is used to change or qualify the meaning of an adjective, a verb, a clause, another adverb, or any other type of word or phrase with the exception of determiners and adjectives that directly modify nouns. 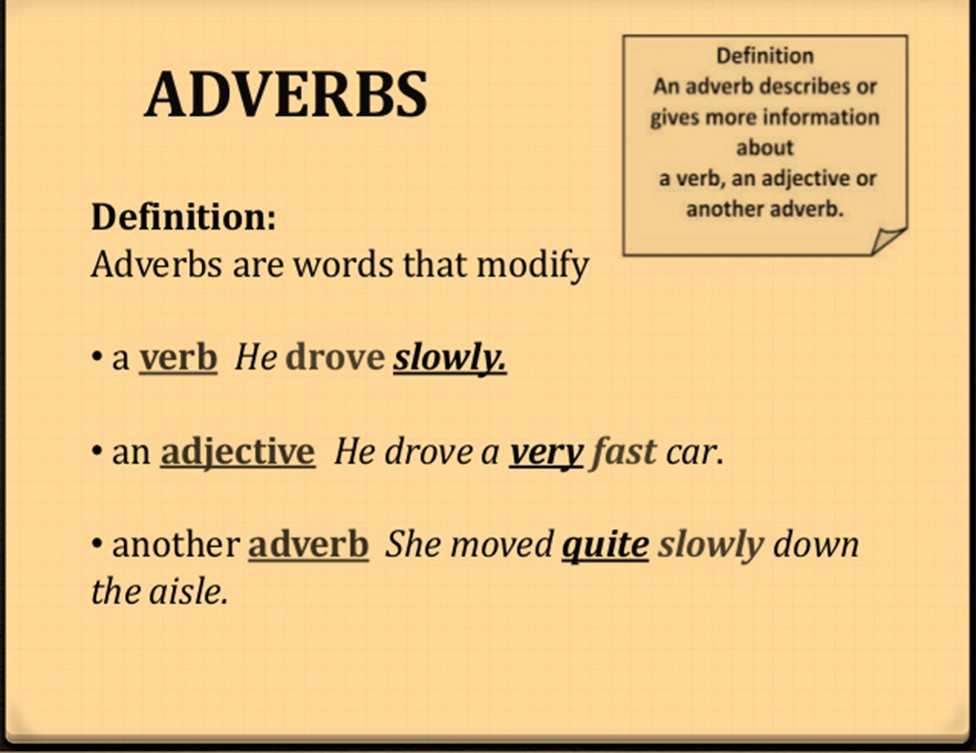 An adverb describes a verb, an adjective or another adverb. A verb is an action word (jump, run, swim, ski, fish, talk). An adjective is a descriptive word that describes a noun (pretty, happy, silly, sunny).

It is easy to see how adverbs describe verbs since they simply explain most about the action. For example:

Quiz for Verbs and Adverbs